Hey Clashers! It’s Krux here and I’m back again with some refreshing air and the latest Clash Royale update. We are into June and the sun is warming the days. The second quarter of this year has started and the second big update of the year will be here with it. Go to Clash Royale Summer Update to know everything about it. The current season ends on June 7 and Clash Royale Season 24 will start. It is called Rumble in the Jungle, a reference to the Rascals who has a hideout in the jungle. This season’s Pass Royale has a tower skin and exclusive emote. The shop will also have a buyable emote during the season. Though no free emotes or skin but the pass royale items may catch your eye. Let’s what it offer this season! Tower Skin: Jungle
The season is Rumble in the Jungle and the pass royale tower skin is based on the greenery of the jungle. The King tower has a crown made of three leaves in the front and some leaves on it at the back. The Princess towers have vines entwined around them and a purple flower blooms at the front. The skin complements the Jungle theme nicely.

Goblin Drill
A brand new card is coming into the game with its brand new emote with it! We will have the Goblin Drill Drive emote which would be unlockable from a challenge. We can see a happy goblin in the Drill’s window as it flies out of the ground.

Firecracker: Heart
After years, we will get a new emote in the trophy road! The    Firecracker happily throws her hands in the air and a heart gets out. A lovely emote.

Dart Goblin: Backfire
Firstly, this emote looks like an existing Dart Goblin emote in which it blows confetti through that blowpipe. But this one has a twist. The wind is blowing in the opposite direction and the dart accidentally gets backfired into the goblin itself. This emote would be in the Pass royale.

Skeleton Dragons: Jaw Drop
A fiery skeleton dragon tries to fire but its loosely fitted bony jaw drops in mid-air. It leaves our friend sweaty with embarrassment. This emote will be available in the shop.

The tower skin and emote images credit goes to RoyaleAPI. Check out their Season 24 blog post. 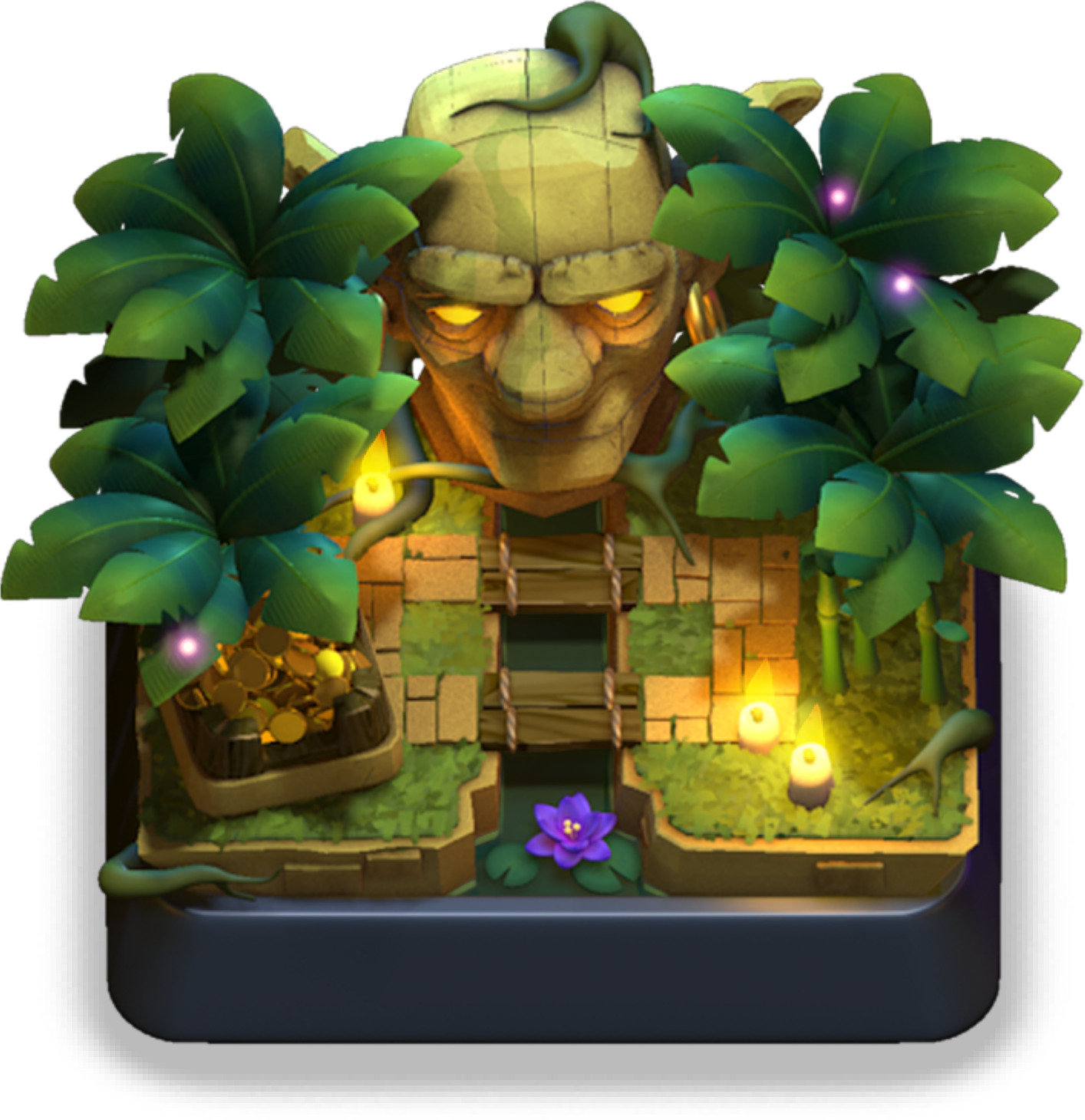 Ooga Booga! We are visiting the Jungle Arena to do some rumble. The jungle is the Arena 9 on the trophy road. It has lush coconut trees on the sides with fireflies lighting it up serenely. There are big statues of faces behind the towers whose eyes have fires lighting them up. Looks like a Goblin God is watching over the arena. One of the best looking arenas in the game! I like it.

Goblin Drill: The new card will be boosted for the season as it usually is. I hear a rumbling coming from the earth… is it an earthquake? Is it my stomach? No, it’s the Goblin Drill!

With season 24, the summer update will also be live and it has balance changes coming with it. Here’s an overview of the changes.

The upcoming Clash Royale Season 24 and the summer update looks good. We are excited to see them live. Join the Clash World Discord and tell us how you feel about the update. Stay tuned with us for more clash royale guides, decks, updates, and other articles. Clash On!

Hi there, Clashers! It's Krux here, and I'm back with a cool gust of wind. The new Season 24 Rumble in the Jungle started...
Read more
News

Hey there, Clasher! It's Krux here and we have awesome news to share. We are into June and the summer has set in. And...
Read more
Misc